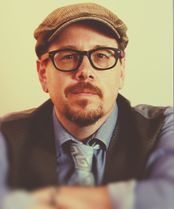 A  graduate of the renowned California Institute of the Arts, School of Film-Video/Character Animation program, Michael spent the first half of his career in Hollywood, where he worked on dozens of big budget films like the Academy Award winning What Dreams May Come and The Matrix . He was also instrumental in building a world-class CG Animation department at Asylum VFX, which  delivered visual effects for box office hits like, National Treasure, The Ring, and Master And Commander.

Since then, Michael founded Colorado-based Animation and Visual Effects company, Worker Studio, and  co-founded (with Deadwood and Get Shorty star Sean Bridgers) the live-action development company, Travelin’ Productions. Having directed numerous acclaimed short films, new media projects, and commercials, Michael has shown the experience, abilities, and resources to be a one-stop shop for world class branded content, be it animated, live-action, VFX driven, or all of the above. From script to screen, he has the skills and instincts to find and tell the essence of any story.

In his 20+ year career, Michael has also worked closely with some of the most accomplished directors in modern cinema, including as Pre-visualization Lead for Peter Weir on the film, Master and Commander. This exposure to the creative process of legendary filmmakers has helped shape Michael’s own approach to visual storytelling, which can be seen in the short films and commercial work he has helmed since.
click for resume